Kansas lawmakers are facing down an anti-wind campaign, funded by polluters looking to protect their pocketbooks. Their campaign has been filled with dirty tricks, misrepresentations, and political intimidation — but Kansas’ legislators are following the facts about wind power in America’s windiest state. 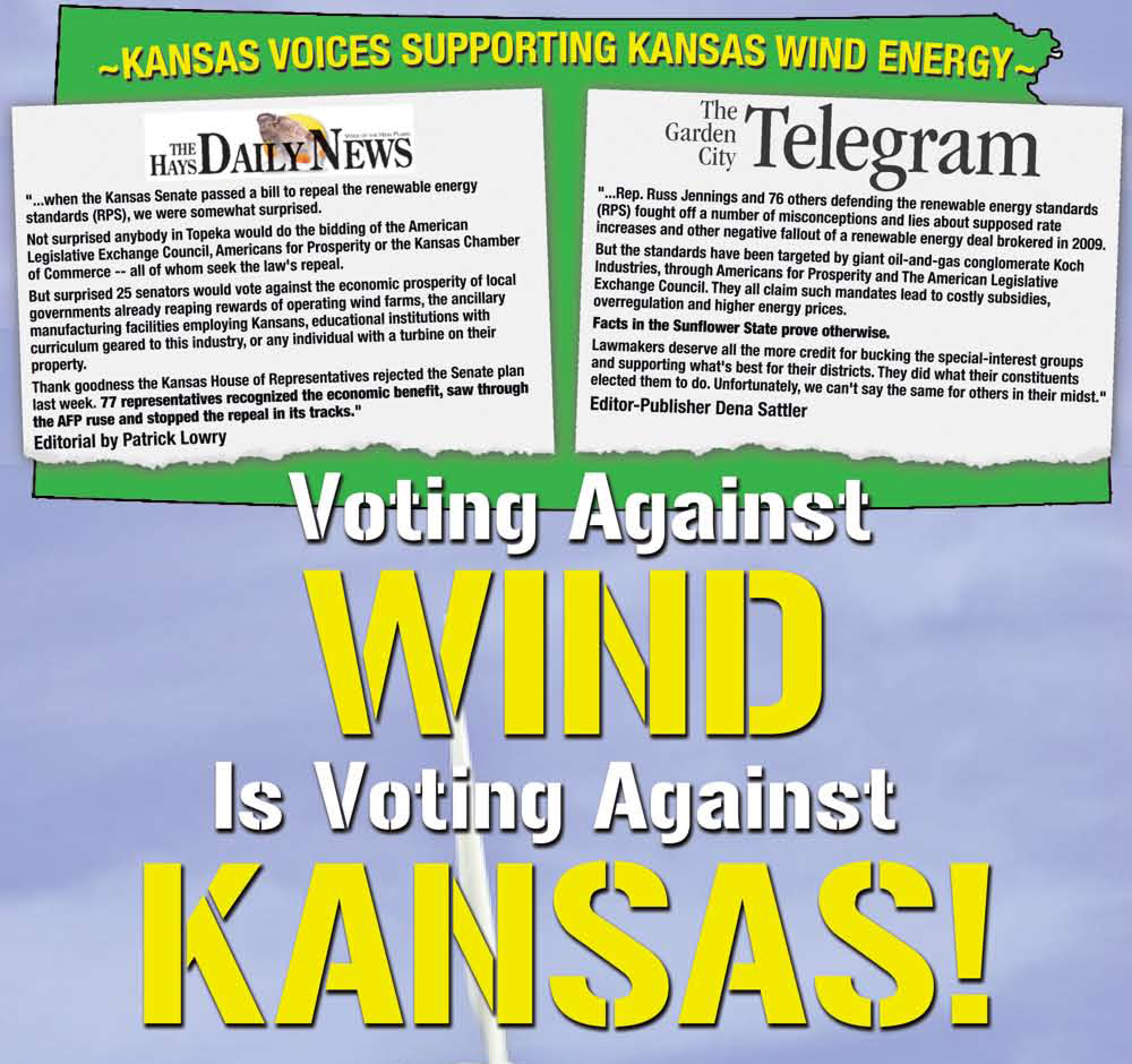