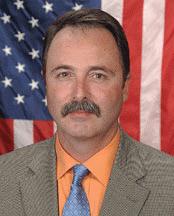 There is a lot of give and take when it comes to balancing a budget – I should know as county assessor for Garfield County. So when you are offered an opportunity to tap into a new and very significant tax revenue stream, chances are you take it. For Garfield County that opportunity came in 2012 when Chisholm View, the second-largest wind project in Oklahoma, took up residence in our region.

This project was not by chance. In fact, it was the direct result of the competitive tax incentives put in place by legislators, who had the foresight to leverage one of Oklahoma’s most plentiful resources, wind.

So when legislation was introduced that threatened to stifle the growth of wind by eliminating tax incentives, I was ultimately pleased to see that leaders crafted a deal that keeps Oklahoma competitive for future wind energy investments, but that also restructures some incentives and eliminates others in a way that adds long-term predictability to the state’s budgeting process. It is my hope – especially for rural Oklahoma, which benefits greatly from wind development – that the Legislature remains true to the compromise when the final vote comes along.

There is overwhelming proof tax incentives are paying off. For example, in Garfield County, the Chisholm View wind project owned and operated by Enel Green Power North America became the single largest taxpayer in the entire county, presenting new opportunities that many in this county had never seen before. This past year the wind farm generated millions in new tax revenue, and it is committed to paying tens of millions more over the 20-year life of the project. That is a guaranteed revenue stream for this county for the next two decades.

But the Chisholm View wind farm is doing more than just creating a new revenue stream. The lease payouts to landowners – many of whom are rural farmers and ranchers financially hurt by the drought – have helped offset the losses, and more importantly they provide a reliable source of income for the next 20 years. The wind farm has also lowered the property tax burden for every other taxpayer in the district.

In addition, the tax revenue frees up funds that can be used for school financing and local infrastructure. In fact, in northwest Oklahoma, 50 percent of public schools require limited state funding to operate, as a result of new revenue streams from the wind industry. And in Garfield County miles of new rocked roads, bridge improvements and box culvert replacements were put in place, which has made transportation easier and safer for farmers and residents.

As a county assessor I understand what it means to judicially collect and spend taxpayer dollars. But, as one of those assessors I also understand the long-term economic value of attracting major development projects, even if it means offering tax incentives to do so. What Chisholm View did for Garfield County has the potential to be replicated all throughout the state of Oklahoma. Again, it all depends on our Legislature and their ability to stick to the compromise.

The truth is, we are not the only state in the nation with this natural resource, which is why it is so critical to position Oklahoma as an attractive business partner for the industry, while also preserving and protecting the long-term financial interests of its residents.
I, for one, am proud to have a wind farm in my county because I have seen firsthand the benefits that it brings to my community – jobs, guaranteed tax revenue and countless opportunity for future generations. I want that for all of Oklahoma.